Seaspiracy, produced by Kip Andersen, was released on 24th March 2021 and is well on it’s way to gaining the same reputation as other popular, shocking documentaries such as the similarly named Cowspiracy, What the Health (both also produced by Andersen), The Game Changers and Blackfish. The overriding aspects that connect these  documentaries, other than their consistent theme and focus on the food industry, is their shock tactics, dramatisation and the promotion of veganism to their viewers.

Seaspiracy focuses on, as the name suggests, sea life; the cruelty involved in the fishing industry and its contribution to global climate issues. Whilst initially turning the viewers attention to the plastic pollution that the fishing industry creates, it takes a turn and unravels the corruption and deceit within it.

Although they are trying to send, overall, a positive message by highlighting the issues with overfishing, the problem is largely their use of dramatisation of events and unsettling images to gain a controversial public opinion, and therefore publicity.

Whilst making the public aware of these issues using such tactics is undoubtedly a good thing, they also detract viewers from the core issues and forces them to focus on the images used and events rather than the facts. For example; WWF claims that ‘One in two sea turtles have ingested plastic’, ‘90% of the world’s seabirds have plastic fragments in their stomachs’ and ‘Around 8 million tonnes of plastic are dumped in our oceans every year’ (2018). Yet the 2018 Budget refused to take further steps to combat plastic pollution, such as placing a charge on coffee cups as we have for plastic bags which has proven to reduce their use by as much as 85%. 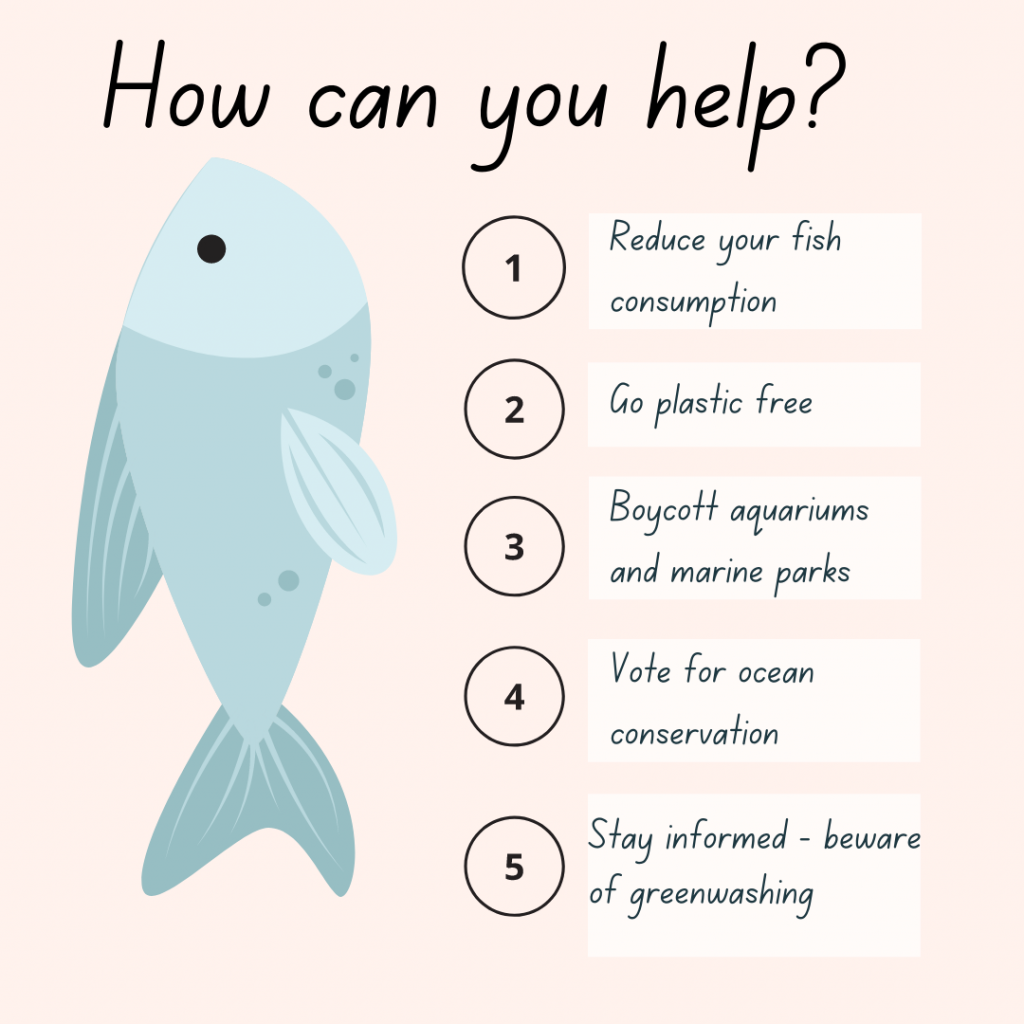 Seaspiracy fails to place this higher responsibility on implementing policies that force change and instead goes direct to the fishing companies and attempts to expose their practices, when in reality the changes the documentary mentions start with governmental policy changes which force action. 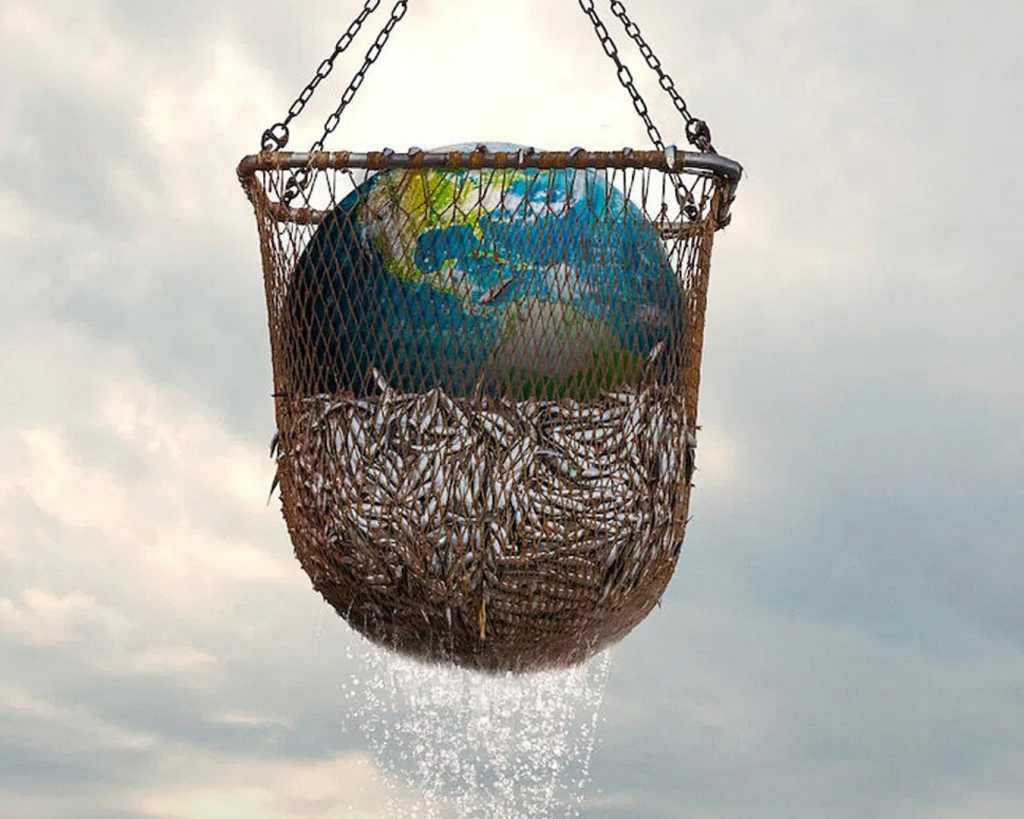 The biggest issue with Seaspiracy is their oversimplification of an incredibly complex issue. BBC’s reality check team have fact checked most of the data claims in the film, which are largely accurate. However; their overall takeaway message appears to be ‘we cannot trust the fishing industry or continue to condone their cruelty and polluting activities’ forcing the only solution to be to condemn the consumption of sea life. As the BBC reality check team states ‘many communities depend on fishing for their livelihoods and for food, and are in fact practising sustainable catching methods (2021). Anderson should be well conversant with the affects these documentaries have on the public and their subsequent actions, however he still promotes actions that can have devastating consequences. If the population stopped eating seafood, the economic impact would be detrimental and these communities that rely on fishing are unlikely to survive it.

Despite all this, Seaspiracy deserves commendation for highlighting such important issues and stressing the need for corporate responsibility and action. Too much blame is placed on the consumer and the encouragement of consumers to take their own responsibility in reducing their plastic waste. Whilst this is indisputably important, even if every consumer took all possible actions, the sea would still be filled with a prodigious amount of plastic waste, to no fault of their own. In 2015, a video surfaced of an Olive Ridley Sea Turtle with a straw stuck up its nose, which prompted huge global action in reducing the use of plastic straws to prevent this from happening again.

In 2015, a video surfaced of an Olive Ridley Sea Turtle with a straw stuck up its nose, which prompted huge global action in reducing the use of plastic straws to prevent this from happening again. Without denying that reducing plastic consumption is a standard every individual should attempt to uphold, as Seaspiracy states, plastic straws only account for ‘0.03% of ocean plastic’ (2021). Blame and responsibility consistently fails to fall upon the corporations that are accountable for the majority of ocean plastic. As stated in the documentary; ‘nearly 50% of plastic in the Great Pacific Garbage Patch is fishing nets’; Ali Tabrizi and Lucy Tabrizi make an exceptional effort of confronting fishing companies with their obvious large contributions to ocean plastic, as well as their malpractice and deceit to their consumers. Their courage in directly confronting power is certainly something to be admired.

Highlighting the deceit within mass commercial fishing companies should be one of the most important pieces of information that viewers take away from this film. Seaspiracy brings to our attention the facade that commercial fishing companies attempt to up-keep: ‘sustainable seafood’. Industrialised commercial fishing is actually the ‘greatest cause of death and decline of marine animals’ (2021) and some exercise ‘gross exploitation of labour’. Most consumers are unaware of what it actually is they are consuming and the implications of said consumption due to the lax laws surrounding food labels, definitions of apparently ‘sustainable seafood’ as well as the consistency in upholding these standards.

A particular incident the documentary highlighted was ‘dolphin safe’ tuna which actually turned out to be nothing of the sort; with dolphins consistently being a by-catch product and the exposed bribery of anyone attempting to uphold standards to keep the reality of their fishing practices concealed from consumers and the very company promoting their sustainable seafood. This emphasises an important but overlooked issue of implementing standards in the food industry and the necessity of sincerity with the consumer. 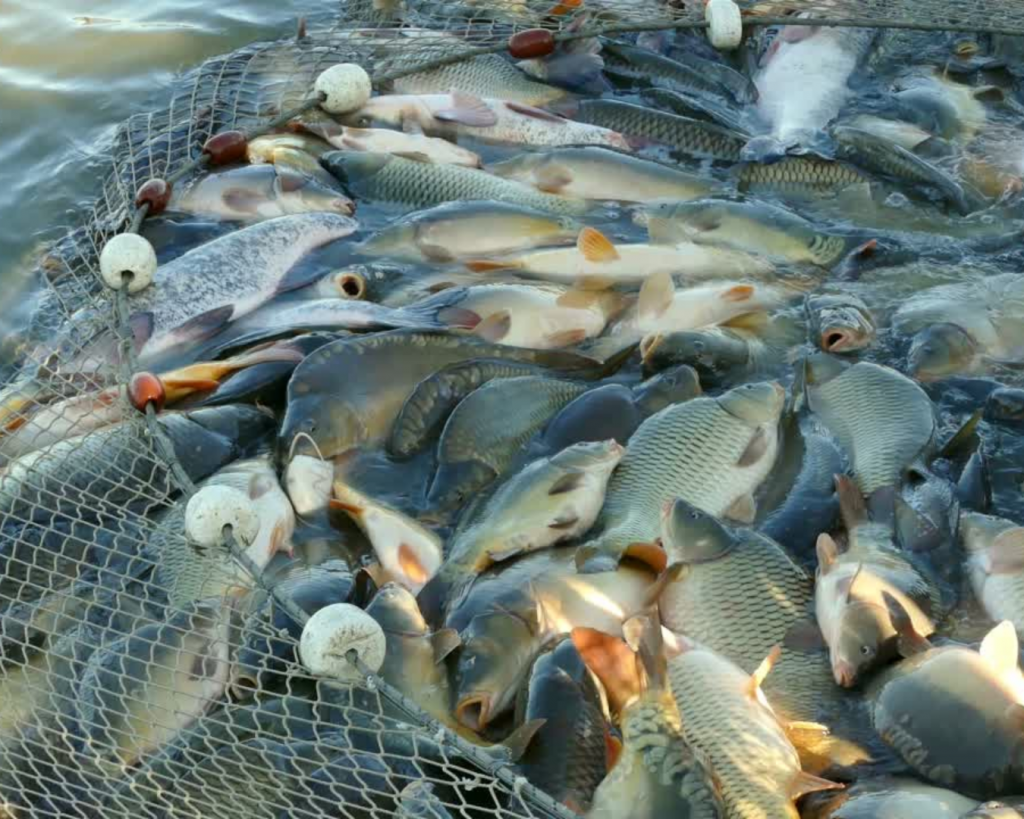 Seaspiracy broaches an important topic with facts and evidence brought directly to the public, and like many other documentaries, has sparked a much needed debate that is overdue. The importance of sea life in sustaining and regulating our ecosystem can no longer be overlooked. It’s time for the blame to be placed on mass commercial fishing industries rather than consumers and indigenous communities, and for them to take action and responsibility for the devastating effects they cause. Wildlife must be protected for our planet to survive.

2,569 thoughts on “Seaspiracy: A Well-intended Documentary with Unintended Consequences”